Kristina Baleva, an ex-camper from summer 2017, shares her favorite moments with Camp Golden Gate and the challenges and joys of winning our online competition "The Face of Summer Camp".

What does a summer camp do during the winter? The honest answer is we do our best to spread the news about the adventuruous opportunity we have for students everywhere. But most of all, we engage with the Camp Golden Gate family and try to make sure we develop the ultimate summer camp again.

This is how the online competition "The Face of Summer Camp" was born. Through three rounds of selection we collected important feedback on what is important to students and selected a winner who is creative and engaging with her competition entry - Kristina Baleva. She initially won one of the two scholarships we offered in 2017 to participants in BEST Foundation Tournaments and later participated in the competition from December 2017 to February 2018 with a trip to Madrid as her Grand Prize in March 2018.

How did you hear about Camp Golden Gate?

I heard about Camp Golden Gate at one of the Bulgarian English Speech and Debate (BEST) tournaments. José Luis Lomeli, founder of the camp, gave an amazing speech at the closing ceremony, talking about the wonderful camp in details and how everyone who had reached finals could apply for a free scholarship! Luckily, I won one of the two scholarships and was able to become part of the loving Camp Golden Gate family!

What is your best memory from summer camp 2017?

Of course, a camp like Camp Golden Gate stays in one’s memory forever! I still remember all of the games we played, all of the journeys we had and all the smiles on everyone’s faces! But my favorite memory of all is probably when we had to perform a scene in front of the campers. Since I took a drama course, we had to prepare a skit for Friday, when every course presented what they have been doing during the week. I can’t remember the title of our performance, but I was really proud that we thought about the plot by ourselves: two brothers, trying to survive in minus temperatures. I would give anything to travel back in time to the day we acted it out in front of our audience!

What in your experience would you say is different about Camp Golden Gate?

I had been to multiple camps throughout my life, but this one is definitely one of my favorites. In fact, it’s the one that shines and stands out the most. People there are so positive and friendly. They help each other and at the same time - enjoy themselves while developing their skills. And the feeling of being surrounded by such people is so heart-warming. What is more, Camp Golden Gate is undoubtedly the thing that made my summer 2017 unforgettable! 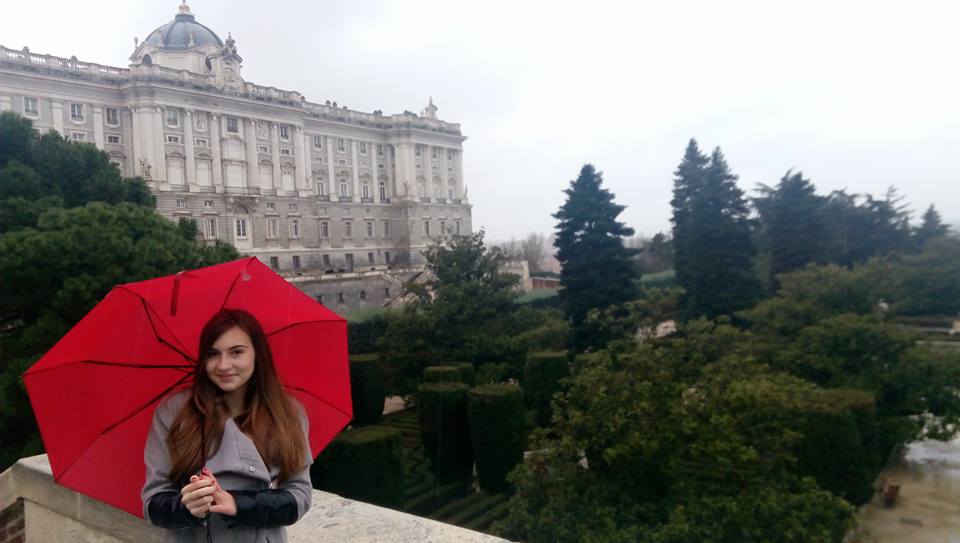 How did you hear about our online competition "The Face of Summer Camp"?

As I was scrolling through Facebook, I stumbled upon a post posted on Camp Golden Gate’s page (https://www.facebook.com/campgoldengate/), describing the rules of the competition. At first, I didn’t want to apply, since prizes like going to Madrid are reeeally rare and hard to win and I’ve always considered myself unlucky. But I thought that giving it a chance won’t harm anyone, so I just applied to see what will happen and I don’t regret my decision at all!!!

Tell us about your competition entry for the final. What was challenging, what was fun, why did you decide to do the video you did?

The entry for the final round was a 3-minute long video, in which we had to describe our favorite Camp Golden Gate features. I decided to ask one of my best friends, Simona Guyzleva, to help me film the video. I thought that turning my competition entry into a movie would be a good idea, since it is fun and most people would enjoy it. In the beginning, I wasn’t entirely sure how to proceed: whether I should involve my mother, pet or friends. What I ended up doing was asking my friend to pretend to be my mom and it actually turned out great!

Tell us about the Grand Prize. What was your Grand Prize, what did you like the most, what was new to you and why may it be valuable to you?

So, I sent my 3-minute video and hoped for the best! Luckily, I was the winner of the Grand Prize – a 3-day trip to Madrid, Spain!!! At first, I couldn’t believe it and was so excited to visit a place I’ve never been to before. Of course, I was a little scared, because I’ve never travelled without my parents! Fortunately, my tour guide, Martin Krastev, was amazing. He was like a walking encyclopedia – he knew a lot about Madrid and even spoke their native language! As you can tell, Madrid is definitely different. Architecture there was incredible! Food was delicious, sights were crowded, parks were peaceful, and the public transport was pretty busy as well. During our stay there, the weather was constantly changing. We even saw snow! Despite the weather, we still managed to see a lot of sights. My favorite was the Temple of Debod, where we went with two of my Camp Golden Gate friends – Anabel and Silvia! I am so grateful that I was able to see them in their hometown and spend a lovely couple of hours together. The sun was shining and there were even people dancing in front of the Temple. As a person who really loves to travel, I would say that this experience will forever be with me. It has definitely shown me how beautiful the world can be, how amazing travelling actually is, and how important it is to go out and explore what Earth has to offer. 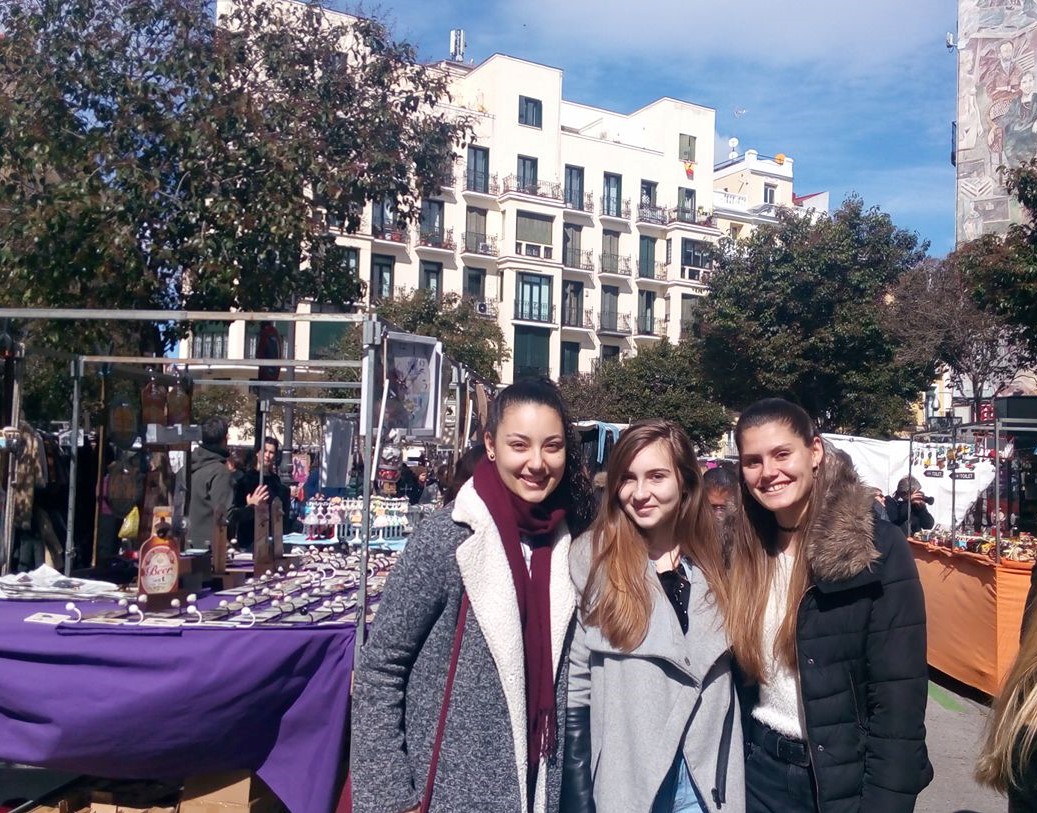 How has your involvement with Camp Golden Gate impacted you?

To begin with, Camp Golden Gate has had an enormous impact on my life. Of course - in a good way. Firstly, because of my participation, I’ve met a ton of new friends, from a lot of different countries, which I still keep in touch with. Secondly, I’ve become more confident and have improved my speaking skills. For instance, I don’t think that I could have won 1st place in one of the categories at a Speech tournament if I hadn’t practiced at Camp Golden Gate, where I did take a really helpful drama course! And lastly, Camp Golden Gate has definitely made my summer 2017 unforgettable, because of all the great memories I have! If I could, I would definitely choose to go there again!

We truly appreciate BEST Foundation's incredible work to stimulate and develop critical and analytical thinking and confidence and self-esteem in Bulgaria's youth. That is why we are giving two full scholarships to BEST students again! Read the details on this scholarship opportunity here.

You can view Kristina's video for the competition The Face of Summer Camp here: 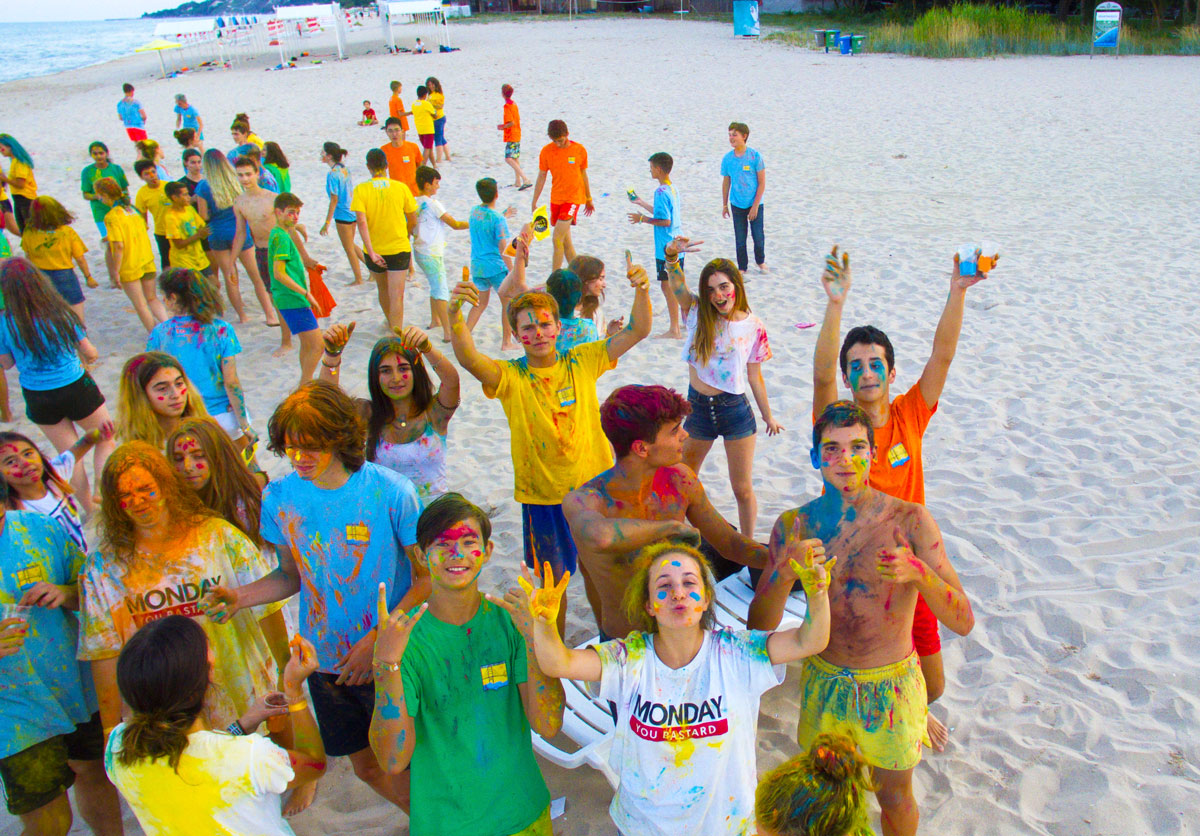 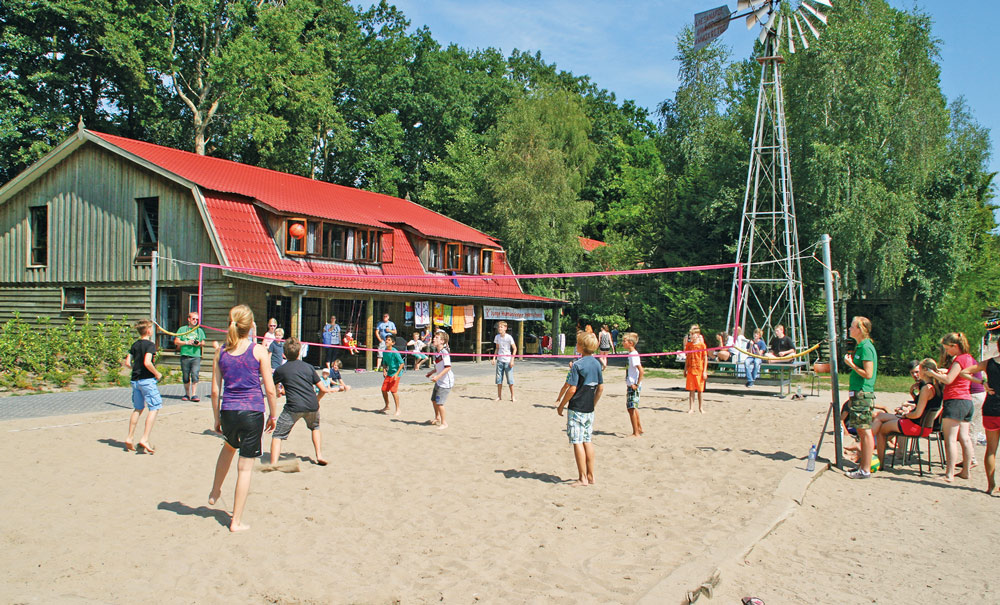 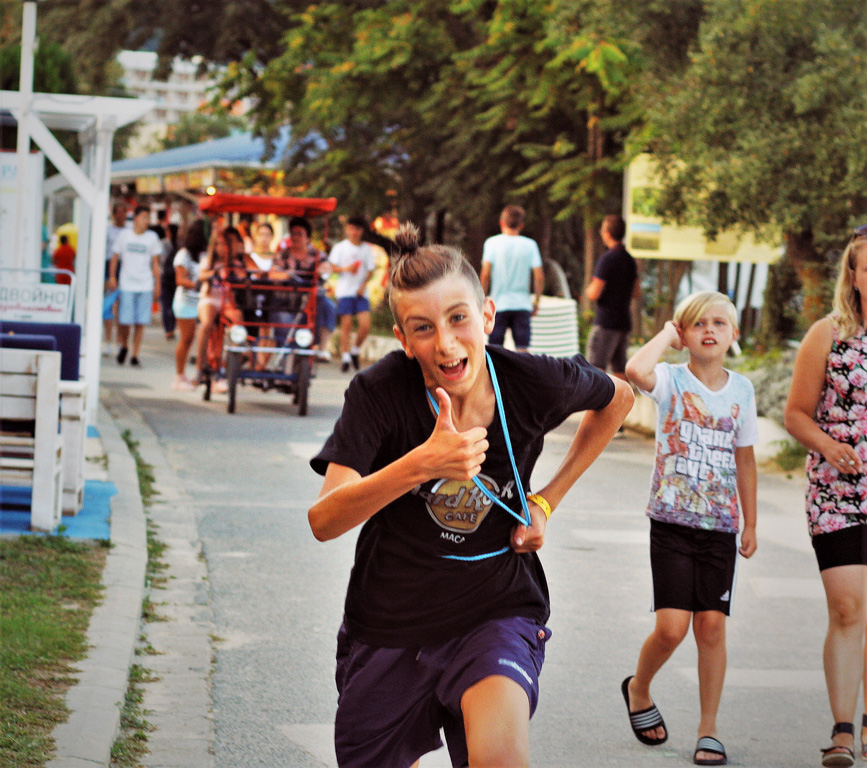